Pretty sure that by now, we’ve all watched, if not at least heard about Crash Landing on You (CLOY) on Netflix. It is a romantic Kdrama that tells the tale of a forbidden love story and was also one of the biggest hits last year. I loved it so much that I’ve even watched it five times. Besides, I hadn’t enjoyed a good Kdrama like that since DOTS back in 2016. As if the one in a million love story wasn’t already enough, the Kdrama also feature stunning filming locations in Switzerland. Filming locations so beautiful that I had to visit! Hence, I convinced my family to travel with me to Switzerland. Even though nobody of them watched CLOY back then, they all had to admit how beautiful the scenery is. So here’s your top two Crash Landing on You filming location guide in Switzerland!

Sometimes, the wrong train takes you to the right station. Cloy

HOW TO GET TO ISETWALD

We went to Isetwald by car since it was just a few hours from Germany to Lucerne and Isetwald. Nevertheless, if you don’t have a car, you can reach Isetwald by train and bus as well. Take the train to the central station at Interlaken West. From there, board the bus Line 103 to Isetwald Dorfplatz. Get out at the last stop, and you will be at Isetwald. Furthermore, there is also the possibility of taking a boat cruise like in the Kdrama.

The Kdrama fan in me couldn’t wait to see the landing stage. The Crash Landing on You filming location where Ri Jeong Hyeok was playing the piano by the lake. The scene was so sad but also dreamy at the same time. However, in real life, the spot is beyond words! The combination of the lake and the mountains is so stunning. Besides, the water was such in a beautiful and crystal clear turquoise blue.

After enjoying the view of the landing stage, we went on a walk through Isetwald. Since Isetwald is a small village, it was very calm and relaxing. We were enjoying a walk by the water and also the view of the stunning lake castle.

From Isetwald, we continued our drive and went to the Sigriswil Panorama Bridge. This Crash Landing on You filming location was from the scene where Yoon Se-Ri wanted to attempt suicide. Luckily, Ri Jeong-Hyeok stopped her by asking her for taking a photo of him and Seo Dan.

HOW TO GET TO THE SIGRISWIL BRIDGE

As a connection between Sigriswil and Aeschlen’s two villages, the Sigriswil bridge a 340m suspension bridge. While standing on the bridge, you can enjoy Lake Thun’s spectacular view and the Bernese mountains. The entrance fee for the Sigriswil panorama bridge is 16 CHF. My aunt and my mum didn’t dare to step on the bridge. Hence only my cousins and I were crossing the bridge. 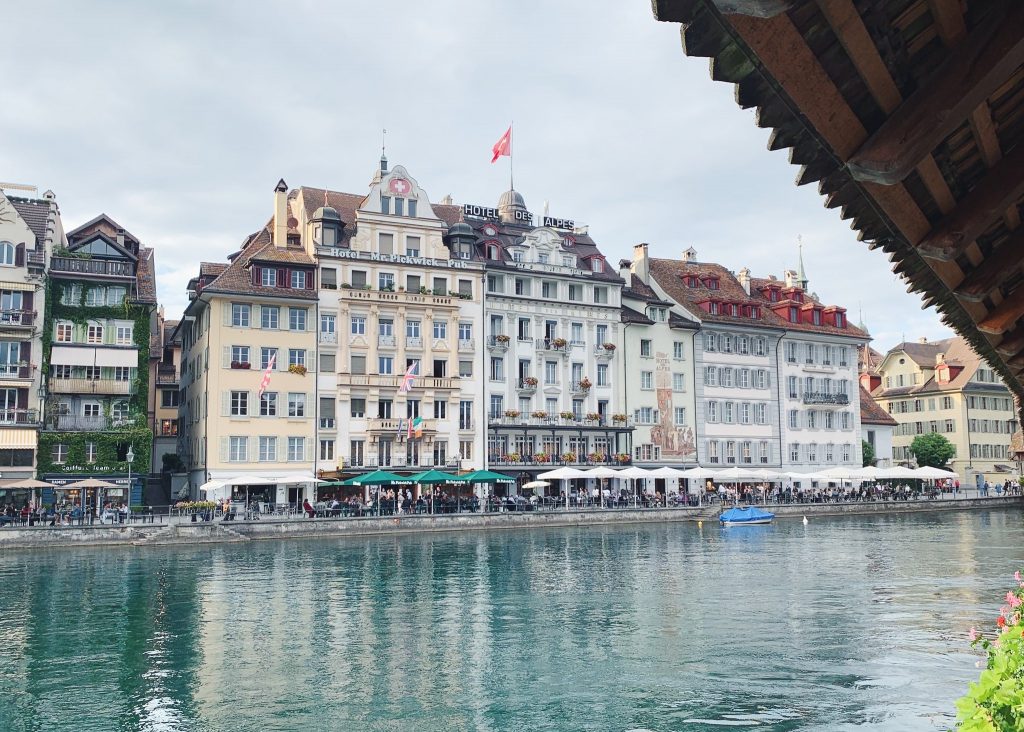